DON'T FORGET! ALL OF MY BOOKS ARE FREE TO YOU​ ON KINDLE UNLIMITED!!!​

50% of the royalties between now and New Years Day will go to help educate kids in Malawi. A great read for FREE and you also help a child get an education, a true win-win! 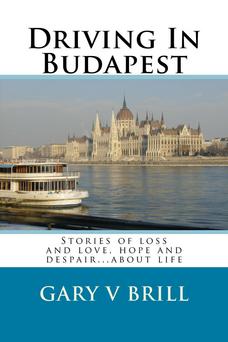 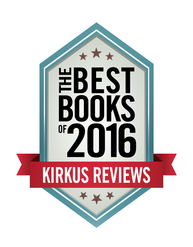 "Moving and seductive urban tales....One of the Best Books of the Year."  Kirkus Reviews

DRIVING IN BUDAPEST is a collection of not-so-short stories of ordinary people trying to navigate their way through life while also navigating the insanely busy streets of one of Europe's most beautiful and exotic capitol cities. Just like you, they are looking for love, or a place to belong, some friendship or family.

Follow Alan Simmons, a widower who moves to Budapest to study music... or is it to find his place in the world after his wife dies?

Maria Lendvai is a librarian who is completely alone in the world after her father is killed in a car accident, which is why she will never drive in Budapest. Her world is safe until she draws the attention of a young man and, well.......

Lazlo Hajdu is an ex-secret policeman in a city with a very shady history of disappearing people during Soviet days. He is completely lost in the "new ways" and is resentful of them and the people who brought them to his beautiful Magyarorzag, his home. He has a moment when he sees love in its purest form and he..........

Daniel Fekete from Long Beach brings his family to Budapest when he gets a job teaching at the international school. He promised his father, an escapee after the failed 1956 revolution, he would so that his children and grandchildren would know their heritage. At least that's the plan, but his daughter Crystal hates it and wants to go back. Daniel meets the family of his late father's brother, and there he meets the surprise of his life.

Andras Gyorgy is a busy young man in a hurry to live his life. He has no time for old people or their ways. They always seem to be in his way, he was sure of that. A history professor gives Andras one last chance or fail. History is his least favorite subject and considers it a waste of his precious time to study it at all. Fearing failure and return to a small village, he accepts and during his research with local elderly people who witnessed the war and the German occupation first hand discovers something shocking. His boring and cloying grandmother, with whom he lives while at school in the city, was a hero of those times and gravely wounded saving others while fighting frantically for her own life. What affect does this have on our hard charging young hero??

Driving in Budapest was given a Starred Review by Kirkus, a designation less than 2% of submissions receive. Then, it was named a "Book of the Month" in March and in November I was notified it would be named "One of the Best Books of the Year" by a group notorious for tough reviews. I am deeply honored and somewhat humbled by this reception, and I sincerely hope that you will find it an enjoyable and uplifting read.... and you might learn a little bit about Hungarian culture and history!!

If my book motivates you to go visit Budapest, something I highly recommend, drop me a line with any questions you may have through the contact page.

This book has proved very popular with book clubs, so if you would like a Zoom meeting sometime, just let me know!!